What Marijuana Legalization Could Mean to Processors

Getting marijuana products from field to retail shelves involves a lot of players. At the very least, you are looking at a grower, a processor, a tester, and a retail dealer. There may be other players involved as well. All of them would be affected somewhat differently by marijuana legalization at the federal level.

Next to the actual growers, it is the processors that have the most headaches in the supply chain. They are the ones that have to pay attention to state and federal laws in regard to THC. They have to subject their products to regular testing. They also have to follow state and federal standards for processing compounds people will ingest or vape, standards that apply to industries that are in no way related to cannabis.

Wondering how processors would fare after marijuana legalization is worthwhile for the simple fact that it looks like a legalization bill could be ready for the president’s signature before the year is out.

One of the first things that comes to mind is whether states would still require that processors be licensed. Right now, licensing is a state tool utilized to control production. States also want to limit processors in order to manipulate the market. If marijuana is legalized at the federal level however, the licensing paradigm might become obsolete.

Why? Because any move by Washington to legalize marijuana would also mean federal control. A federal license would supersede any state licenses for enforcement purposes. That is not to say that states would not keep the licensing requirements intact. They very well may do so. But it is equally possible that state licenses would be done away with.

As things currently stand, cannabis processors have to determine whether they want to be involved with THC. If they do not, they have a lot less to worry about. They can produce CBD and hemp seed oil pretty easily and cost effectively. But if they do want to get into THC, they have to take on additional expenses and headaches.

Federal legalization would open the door to more processing opportunities. Imagine a processor being able to purchase both industrial hemp and marijuana plants without worrying about THC content. They could process all sorts of biomass and then separate the various cannabinoids and terpenes for whatever purposes they saw fit.

As far as actual extraction itself, not much would change. CedarStoneIndustry, a Houston company that designs and builds CBD and marijuana extraction equipment, says that extraction processes would not need to be changed to accommodate federal legalization. Extraction is extraction whether Washington legalizes marijuana and THC or not.

Marijuana legalization would open the door to all sorts of interstate commerce. In turn, this would probably lead the industry down the road of heavy corporatization. Once corporate organizations had the freedom to ship their products from coast to coast, there would be little incentive for growing companies to limit their operations to just one or two states.

On the one hand, cannabis processors probably look forward to federal legalization in that it is bound to offer more opportunities. On the other hand, some of them may feel threatened by the potential of a corporate takeover of the industry. In the end, it will be what it will be.

The Best Supplements in Wellington: What to Look for and Why You Need Them

If you’re looking for supplements in Wellington, you’re in luck. Many great vitamin stores in the area can help you improve your health and wellbeing. However, with so many available options, knowing which store is right for you can be difficult. Because not all vitamins are created equal many of them are downright dangerous. That’s […] 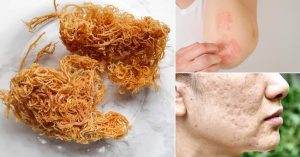 Sea moss is the best kind of algae that is found in both fresh and saltwater. It has been used for centuries as a natural remedy for various health issues. Sea moss is also great for your skin! This post will discuss the sea moss benefits for the skin. Reduces Inflammation One of sea moss’s […] 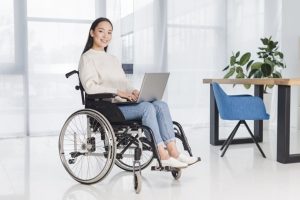 10 Amazing Disability Jobs That Will Inspire You